Giving This One Another Go 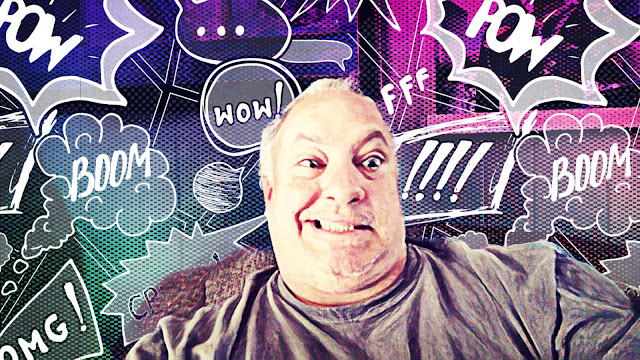 Popular posts from this blog

November 06, 2020
Something about writing, being as it is NaNoWriMo And something about politics, since all the counting seems to be coming to a close.
Post a Comment
Read more

October 18, 2020
Well, I put on jeans today to work on the garage for the first time this season. I guess winter really is coming and summer is over. Bummer. installed back door to garage stripped hall doors removed window and installed wall HVAC unit painted laundry room I'm trying to make a decision about the future of this website. My hosting is up for renewal and if I don't renew things will go dark on November 13th. For the first time in a lot of years, I'm considering letting that happen. I haven't posted since my birthday in August (and that wasn't much of a post), prior to that it was just images on Saturdays until that queue went dry. I've made a conscious decision to step away over the last few months, just to see what it felt like to not post--to not have a website. It wasn't bad. It wasn't good. It was just something I didn't do for a bit. painted living room I guess what I'm asking is, does it matter to anyone but me? I pretty-much already know the a
Post a Comment
Read more

October 20, 2020
I used a webtool to move my WordPress site to Blogger, but all the image links and internal links stayed the same. Which means they won't be pointing to anything that exists anymore. That's a bummer, but not as much of a bummer as changing all the links and uploading all the pictures would be. I guess what I'm saying is, from this post back... things are going to be a bit jenky.  Somedays I think I should just claim that it was all lost and start from scratch.
Post a Comment
Read more

Ronn McCarrick
By day, a dodgy maintenance technician. By night, a home remodeling guru, vagabond creative, and writer of mainstream and fantasy fiction. Married. Adult children. Dog. Cat. All the rest that goes with life at the halfway point.